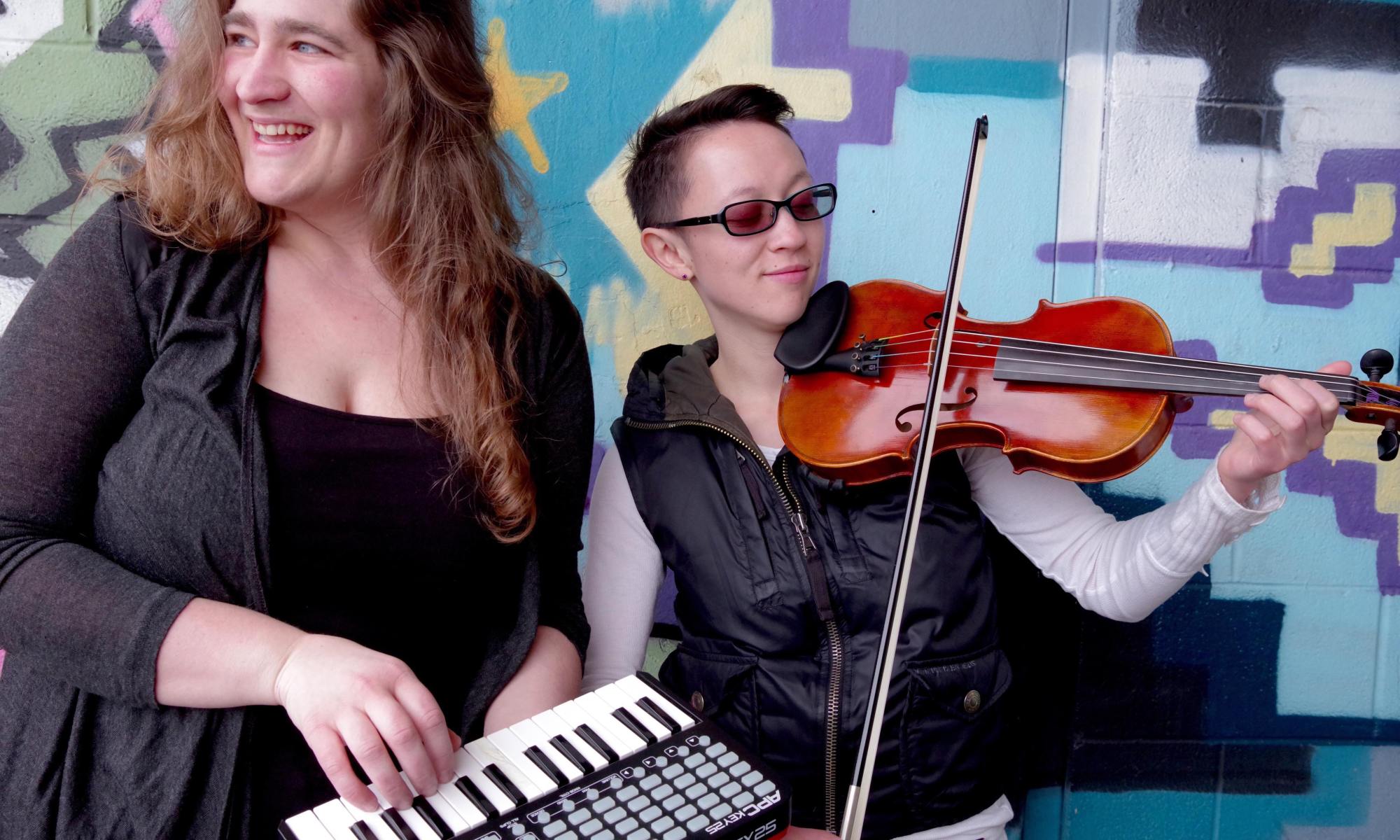 Albuquerque, NM, native Mirinisa plays mostly fiddle for this band but has been known to add other strings, percussion, and vocals. She also plays with other groups including Albuquerque’s Silver String Band. Musically-speaking, she was brought up as a classical violinist since childhood and began branching out into various other instruments and styles in her teenage years. A lifelong dancer, she often is to be found enjoying international folk or West African, and is rather grateful for the thriving music, dance, and other arts communities that exist in the state.

Based in Albuquerque, New Mexico, Clara Byom is a versatile multi-instrumentalist, musicologist, arts administrator, and tunesmith who has been described as having “radiant energy” and “immense talent.” Perpetually curious and driven by her Wisconsin dairy farmer work ethic, she has become deeply knowledgeable about a myriad of musical genres and skilled at clarinets, accordion, and piano. Clara performs regularly with New Mexico Contemporary Ensemble, Blue Tortoise Duo (a project of NMCE), The Parson Sisters, and Di Kavene Kapelye, all of which she co-founded. She also is a member of Paul Hunton’s Dust City Opera, an Albuquerque-based indie folk rock band. In addition to numerous collaborations, she has premiered many new classical works for solo clarinet and bass clarinet and played a solo accordion tour in July 2019. She also has a small teaching studio, primarily with adult students learning clarinet and piano. Inspired by community-building through music, Clara is proud to serve on the Board of Directors for The Klezmer Institute and New Mexico Folk Music and Dance Society. Clara serves as music director for St. Timothy’s Lutheran Church, where she began a music series featuring local musicians in concerts that benefit charitable organizations. She also accompanies regularly for Congregation Albert, St. Luke Lutheran Church, and the New Mexico Women’s Chorus small group. She holds a Master of Music degree from the University of New Mexico in Clarinet Performance and Musicology (2017) and a Bachelor of Arts degree from Luther College (2012).